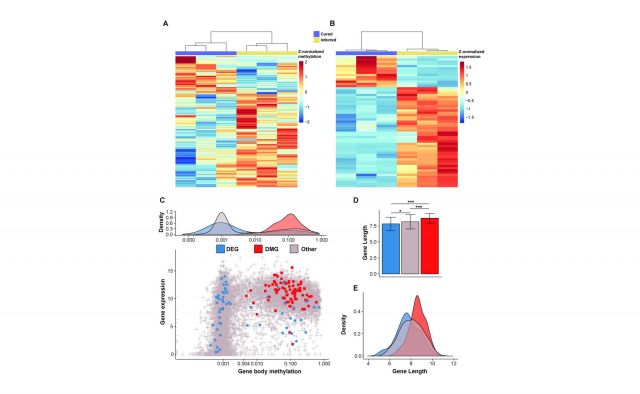 Epigenetic mechanisms are widespread throughout the tree of life, but its components and how each component interact with each other vary greatly across different taxa. For example, genomic patterns of DNA methylation in invertebrate animals differ greatly from those of vertebrates. We investigate variation of epigenetic regulation across the genome and among species, and functional consequences of such variation. A major focus of our current research is to investigate how DNA methylation changes in response to system-wide perturbation (such as disease or ecological changes), and to understand the implications of such changes at the phenotypic level.